You may remember I previously mentioned an upcoming UK Aliens convention. The organizers of the event have revealed the first four guests: 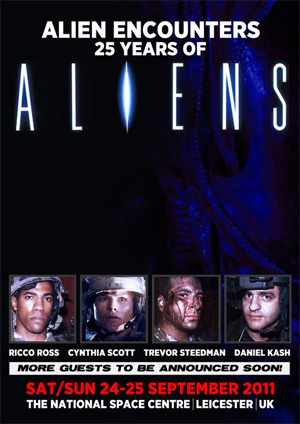 More guests and attractions to be announced once the ink is dry. Be sure to “Like” and follow the Alien Encounters & Aliens Epilogue Facebook pages for information.