NECA Toys has finally unveiled their first two of the Lost Predators from Predator 2: 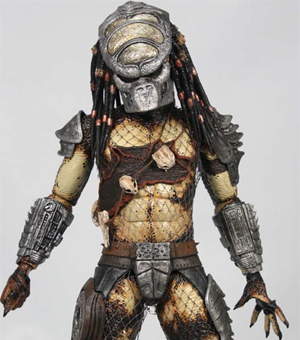 Say hello to Boar Predator. Also next in line is the Shaman Predator. You can see a picture of him in the forums. These figures were initially shown in the latest issue of the Wizards magazine with NECA showing bigger pictures on their Twitter. I’ve got to admit I’m pretty excited about these two.