It’s been sometime since I posted an update on NECA. They’ve recently released their Predators Series 2 and have shown fans what they have in store for Series 3: 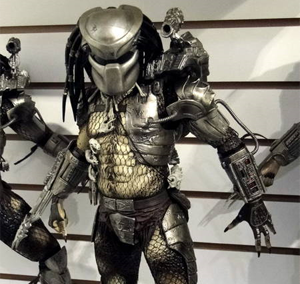 Series 3 consists of the classic Predator 1 Predator (not the Predators variant), Greyback (Predator 2 elder) and the Predator Hounds. They will also be releasing a Predator 2 series in Fall 2011 which according to NECA may include City Hunter, Boar and Shaman.

Other releases will include the Lost Predators from the end of the movie. For more pictures check out the Figures.com gallery.