Home Cinema Choice will be releasing previews of each the Aliens Anthology set this week, film by film. Officially they’ve only released the Alien previews but the Aliens ones can be found on their website: 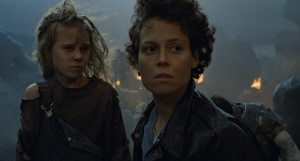 You can see the links to the Aliens previews in our forums. The rest will be released throughout the week.  As you can see, they look really impressive. Thanks to DazAvP85 for the link.