There’s a new trailer for the Alien Anthology Blu-Ray set over on IGN. It’s about a minute long and is inter-cut with scenes from all four Alien films. 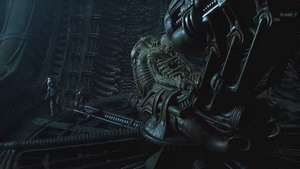 20th Century Fox have also launched the official website for the set: AlienAnthology.com. There’s nothing there right now but tomorrow, they will be adding an interactive desktop program. Thanks to Mikey for the news.