20th Century Fox has released full details of the upcoming Predator: Ultimate Hunter Edition Blu-Ray set. The big news is that it will indeed be getting a new digital restoration of the film along with a sneak peak of Predators. There’s also a new documentary called “Evolution of the Species: Hunters of Extreme Perfection” that includes interviews with Robert Rodriguez, Nimród Antal and John Davis. Here’s the artwork: 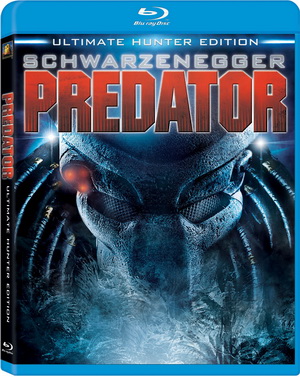 Finally, the release will include a $10 movie money certificate for Predators. The set includes all the features from the Special Edition DVD too and will be out June 29. Thanks to DazAvP85 for the news.

AvP Galaxy Gets Hands-On With Preview Of Aliens: Fireteam Elite With 15 Minutes of Gameplay!
By Hicks (21-Jul-21)
Latest FeaturesInterviews