CinemaBlend and Bloody-Disgusting have done some nice reports on the Predators segment which was shown at the SXSW Film Festival in Texas a few hours ago. A teaser trailer was shown and a clip featuring Laurence Fishburne’s introduction after the main characters have landed on the island. Robert Rodriguez and director Nimród Antal also talked about the movie as well. 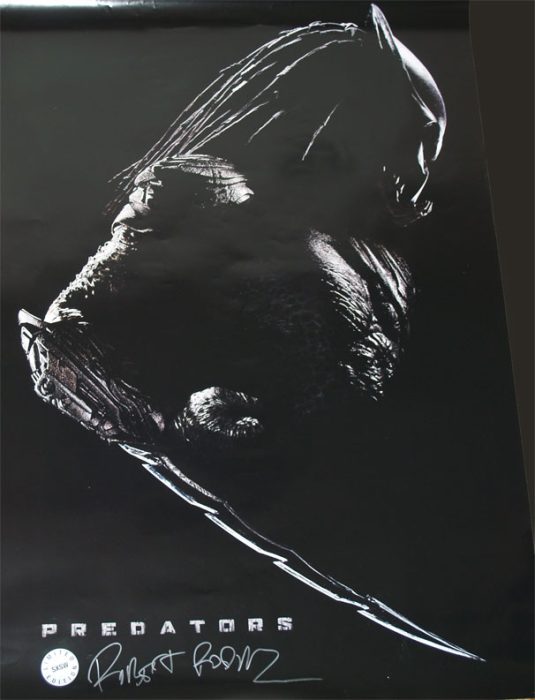 Firstly, Predators won’t be in 3D. The movie uses primarily practical shots with no CG Predators. Predators will definitely be R-Rated with a possible Unrated DVD. The first Predators trailer was rejected by the MPAA. There’s a different tribe of Predators including Falconer predators and a Flush Predator (AKA Black Super Predator) as well as predator dogs and airborne creatures. There is also new alien creatures including Predator animals and prey that the Predators have brought to the planet. They were also giving away Predators T-Shirts and signed Predators posters (seen above) at the festival.