IGN has just released a new video for Aliens vs. Predator. This video is about one minute long and displays the game mode Survivor. IGN has also written a short preview about the mentioned game mode.﻿ 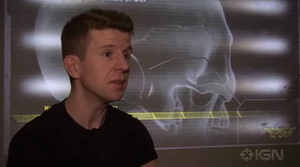 Update: In addition to the first trailer, Gamespot has posted another new video. This time the dev team talks about the changes and differences between the original game (1999) and the new release.