It’s been sometime since I’ve posted anything up regarding the literature side of the franchise. I thought it might be time I post a round up of the news. A new Aliens novella has been announced: 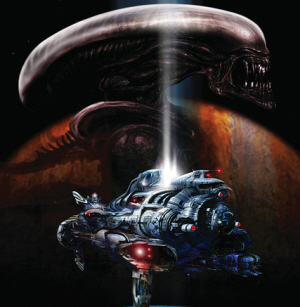 Written and illustrated by Liam Sharp, the comic is due out June 16th. Issue one of AvP: Three World War went on sale today. Three World War is written by Randy Stradley, author of the original AvP comic series. There are already a few reviews online.

The covers for the next 2 issues are also up on Dark Horse’s website. Both Alien and Predator series’ have completed their run and are due to trade back publication release, Aliens being the first on April 14th. Be sure to keep an eye on literature board for the latest news.