As previously announced, some Aliens vs Predator gameplay footage was shown on Spike TV’s Pre-E3 Special last night. The scenes include a Predator fighting with an Alien and ripping its jaw out, lots of scenes showing the Predator’s new vision modes and a Predator killing a Marine from behind. 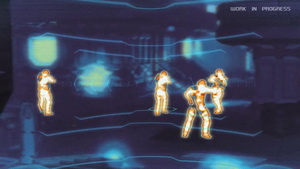 You can now watch the gameplay footage in HD on GameTrailers. You can also find almost 40 caps in our Gallery. Thanks to Yellow Alien for uploading the first footage and Sinister for the HD link.