I know the film has been out yonks now, but I recently ran into a couple of portfolios of the concept artists who worked on AvPR and found a couple of previous unseen artwork: 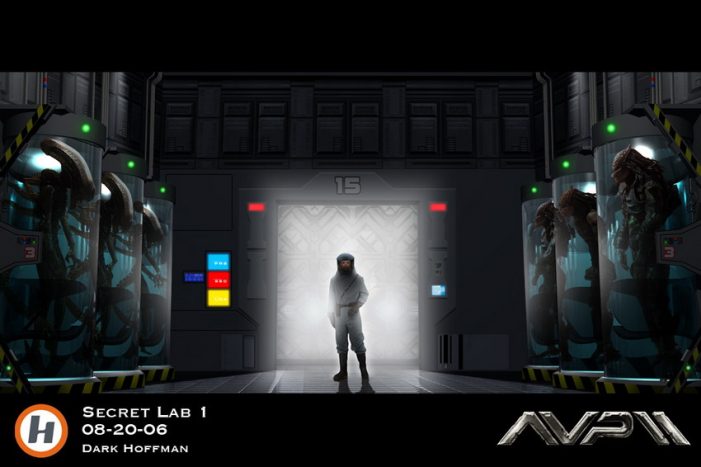 The above is one of four pieces of artwork done by Dark Hoffman and one of two which seems to show there might have been plans for a secret base experimenting on Aliens and Predators.

The second artist, Chris Howe, has 14 pictures in a gallery all to do with the design of Wolf’s mask and his weapons. Now I’ve seen one of those mask charts on our forum but the rest I haven’t seen. There are quite a few new weapons as well.