Predator 2 will be released in the UK on Blu-Ray on November 3rd. Specs are unknown but it’s only a 1-Disc set so I imagine it will be like the Predator Blu-Ray with no extras on it. Here’s the artwork from Play.com: 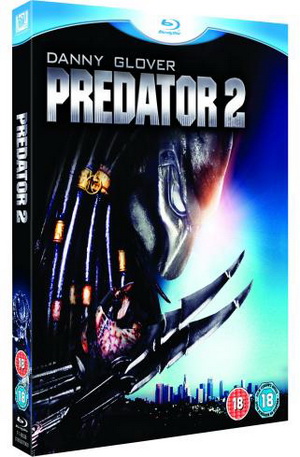 The retail price is £22.99 according to Amazon.co.uk. There’s also a Predator 1/2 Blu-Ray boxset coming out on the same day for £30. No word on a US release as of yet. Thanks to jimmyboy for the news.