There’s another new figure coming out which was featured at the Tokyo Toy Show. This is the Hot Toys Predator Expanded Universe 1:6 Figure which I think is based on Machiko Noguchi from the early AvP comic series with elements of Lex from AvP. 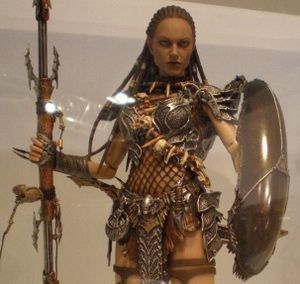 Nice… if you’re into that sort of thing. Check out the thread in the forum for more pictures. Thanks to Sabres21768 for the news.