There’s a new interview with Randy Pitchford who is the president of Gearbox. Gamereactor Sweden interviewed him at GDC 2008 where he talks about the upcoming games Brothers in Arms and Aliens: Colonial Marines. 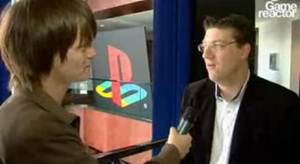 Nothing frightfully new, I’m afraid. Just that they’re making the game and he talks about the game engine a little. Thanks to Redken for the news.