Yikes, even more DVD artwork. This time it’s for the AvP Unrated 2-Pack set. This is a two-disc set including the unrated versions of both AvP movies. Amazon has this for $24.49 and it will be released April 15, 2008. 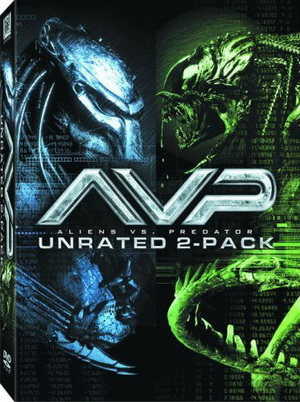 Similarly, there’s also a Blu-Ray version of this set with Amazon selling it for less than $50. Thanks to Wolfpred for the news.