Say hello to Aliens – No Exit, the debut Aliens novel from Brian Evenson. He was mentioned in interview with DH Press editors but we never learnt much about the novel. Until now: 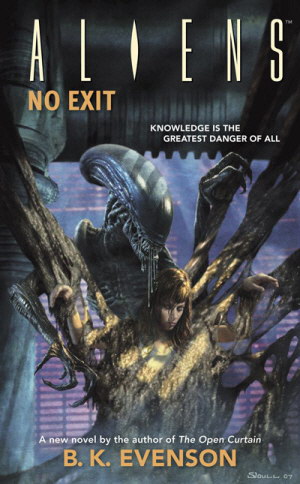 “But Kramm has a secret. He knows why The Company killed twelve of its top scientists. He knows why the aliens have been let loose on the surface of a contested planet. He knows that the information he has is valuable, and that The Company will do everything it can to stop him from telling his secret to the world. Haunted by memories of the brutal murder of his family, Kramm is set adrift amid billion dollar stakes . . . with aliens around every corner, waiting for him to make a mistake.”Due out in July – alongside Aliens Omnibus Volume 4 – No Exit is the sixth in Dark Horse Press’ new series of Aliens novel. You can check out the profile page here.