NECA have released the first pictures of their Alien 18″ Action Figure based on Ridley Scott’s Alien. 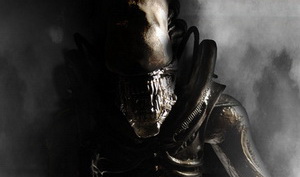 In 1979, audiences were terrified by Ridley Scott’s genre-redefining science fiction masterpiece: Alien. In 2008, fans finally get what they’ve been waiting for: an Alien 18″ Action Figure from NECA! Captured in painstaking detail, the Alien hits shelves this spring. We’ll be releasing more details at NECAonline as they become available, but for now take a look at our first official images of this highly anticipated figure! And make sure to check back at NECAonline for the latest updates on Alien collectibles and more!

Thanks to Von for the news. Edit by Hicks: I’ve just posted up some high-res images of the 18″ Alien as well as some high-res pictures of Wolf. Thanks to Mark at NECA.