As we found out a while ago, Hot Toys are making AvPR figures too. Figures.com got a first look at them including an interview with Hot Toys about them. 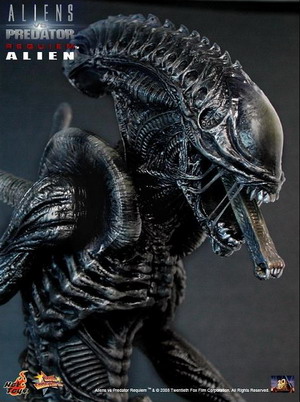 They’re also considering making a 1:6 scale Alien Queen (from Aliens) figure and they have plans to release Predator 1 figures including character figures. Check out Figures.com for pictures of the new Alien, Predator and Hybrid figures which go on sale in 2008. Thanks to ONEYE for the news.