As I pointed out last week, the green-band trailer will be shown with Death Sentence which comes out Friday. Here’s your proof: a Trailer Programming Info Sheet found by JaredK21 on the forum. Look under Death Sentence and you’ll find Alien vs Predator Requiem. It also says that it will be two minutes twenty-five seconds long. 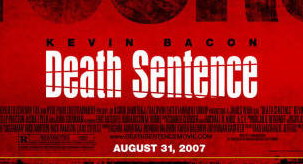 Surprisingly, the trailer won’t be seen with Halloween. I expect the trailer will be online either tomorrow night or Friday and will be more story-based.

EDIT: If you’re in the UK, the AvP2 trailer is not currently attached to Death Sentence. I’ll let you know when it’s recieved in the UK, or at least when Odeon starts to recieve it. (Hicks)