IGN have published an Hands-On Preview of Aliens vs Predator for PSP. Gives away some info about the game but says Sierra have still a lot to do as there were a lot of bugs in the game. IGN has also six new screenshots.

“A Predator ship hauling some mothballed facehuggers has crashed on earth, and you’ll play from the perspective of the Predator sent to clean things up. Of course, the ‘huggers have gotten busy all over a small Anywhere-USA town, and big bad aliens are crawling all over the landscape. What’s that have to do with the two factions getting along? When you land in the backwoods and find the ship, you also come across a bunch of mauled people…” 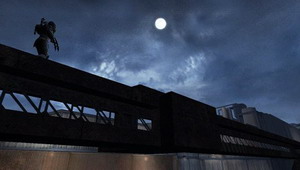 One picture shows the Predator on a gangway or a bridge, another in a factory, one outside Big Dean’s Superstore and two others are in a tunnel or something. Last one shows him outside a building with pipes.