The publisher for the new AvP PSP game, Sierra, has put up a Profile Page on their site for the game. Here’s the main blurb and there’s five pictures on there too.

Based on the second blockbuster film from 20th Century Fox opening December, 2007, Aliens vs. Predator, is an all-new third-person action game exclusively designed for the PSP® (PlayStation®Portable) system from the creators of the award-winning original Aliens vs. Predator for PC. You play as an elite, lone Predator, carrying an awesome arsenal of exotic weaponry, stealth tracking and vision mode equipment. Your mission: eradicate all traces of the horrifying Alien menace from the previously sleepy town of Gunnison, Colorado. 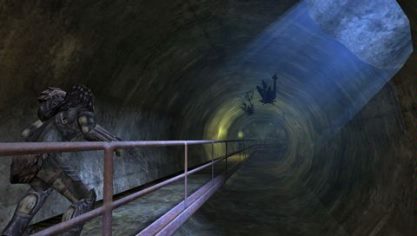 I think these shots were featured in the PSP Magazine but they’re a lot clearer here. Thanks to DazAvP01 for the news. You can also check out his thread here.