It’s been a while since we’ve had any Alien War news. Haunted Attractions met Alien War creator, Gary Gillies, while he was looking for potential venues for the attraction in London. The launch date will be around Halloween 2007. 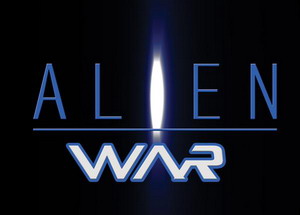 That’s the new 2007 Alien War logo by the way. On that Halloween Attractions site, there’s a picture of Gary and his son, Sean, showing one of their plans for the attraction. There’s also a competition where they’re giving away two pairs of tickets to go and see it. Thanks to Michael for the news.