A video has recently been posted on YouTube that was taped from Reelz Channel which did a small feature on AvP2. It features the Strause brothers talking about AvP2. Things they mentioned are:

We even got to see the filming of a scene from the film. It appears to be a scene in which an Airforce officer was talking with a business like lady. 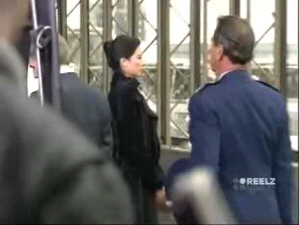 You can watch the video on YouTube. Thanks to Brandon and Sandman for the news.