Oh yes, this is the kind of footage I’m looking forward to. Apple.com have posted two Alien vs Predator clips – one of which is the Alien-Predator Fight we saw before but a new one entitled “Face Off“. Well, I think pictures speak louder than words so take a look at this image: 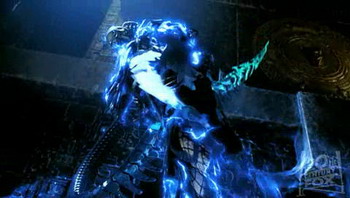 While the Celtic Predator is busy fighting with Lex, Sebastian and Weyland, the Predator with the slits on its mask, goes after Lex and while cloaked, gets impaled with an Alien’s tail. There’s a couple more pictures on the next page but check out the Face Off Gallery for an additional 32 screenshots. Thanks to The Dead Knight for the news. 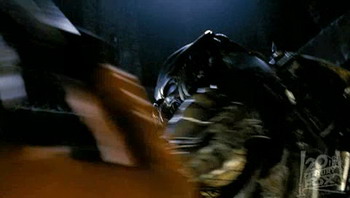 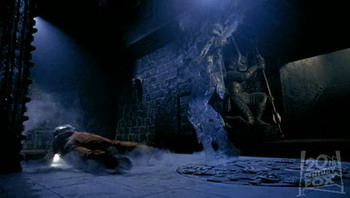 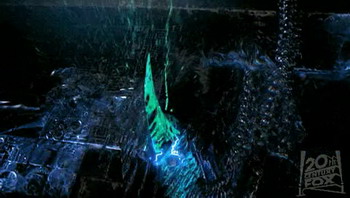 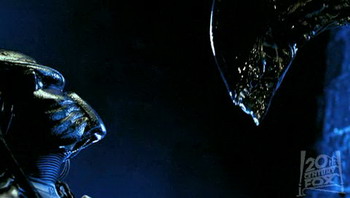