A new behind-the-scenes featurette entitled: “AvP – A New World Vision” has been posted on IFilm.com as an exclusive and there’s chats with Sanaa Lathan and Lance Henriksen as Richard Bridgland, production designer, talks about the sets and the pyramid. 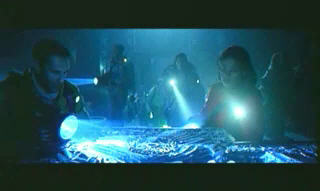 The featurette can be streamed in either Windows Media Player, RealPlayer or QuickTime but there is a higher quality version for paid members. There’s another 26 screenshots on the next page.

Thanks to The Drone for the news.