In this small bit of news, horror movie website Bloody Disgusting have reported that Blade Trinity has been moved way over to a December 10th release date which essentially means Alien vs Predator has virtually no competition when it premieres in America on August 13th 2004. Would Blade Trinity really have been competition for AvP? Who knows. I thought I’d post the full release dates (from IMDb) for all countries as there still seems to be some confusion: 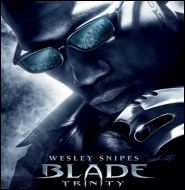