Over at Figures.com, a few pictures have been posted of some prop replicas featured in the Alien, Predator series and the Alien vs Predator movie. One is of a (unpainted) dagger and another of a spear and were featured at the New York Toy Fair 2004. 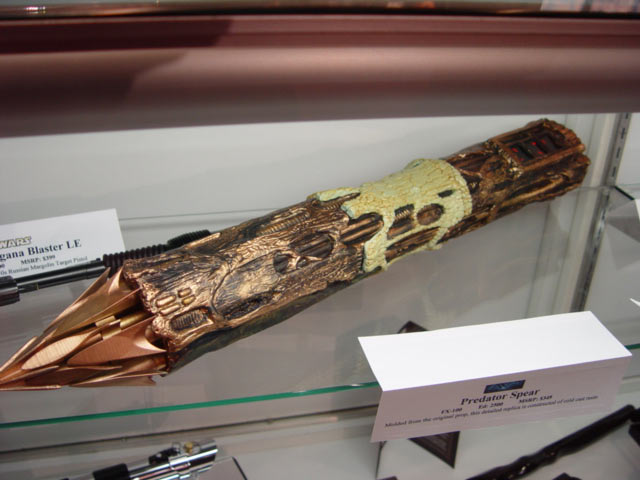 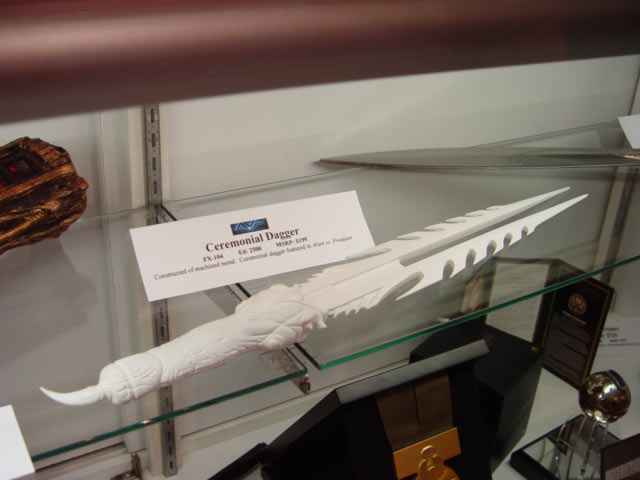 There’s also a few more replicas listed: Alien Motion Tracker, Predator Helmet, Alien “Grid” Head, and Predator “Scar” Helmet. Some of these are from the Alien and Predator films as well as AvP but here’s a few of the descriptions from the article:

“Predator Spear – Molded from the original prop, this highly detailed replica is constructed in cold cast resin with a metallic finish. A full 32 inches in length and 3.5 inches in diameter. It does not extend…”

“Alien “Grid” Head – This next generation warrior alien is fiercer than the rest. From the upcoming movie Alien vs Predator, this Alien features an acid etched grid on his smooth domed head – the result of his escape from a Predator net…”

Thanks to AvPWorld for the news.
Article Updated 19-02-04